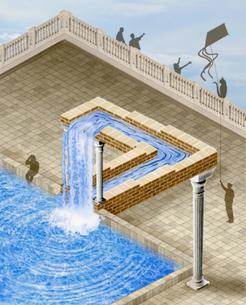 Our paper Controlling heat and particle currents in nanodevices by quantum observation has been published in Nature Partner Journal Quantum Materials. The paper has received considerable social media attention, according to the Altmetric. The press release also has been picked up by some outlets.

The bizarre microscopic quantum world is exemplified by Schrödinger’s cat, where a quantum mechanical “cat” state is said to be both death and alive simultaneously. This non-classical state is called a quantum coherence. Coherence is at odds with macroscopic realism. Our experience is dominated by thermodynamics, which destroys quantum coherences at our length and time scales.

2010 has been awesome so far. I’m having a hard time keeping up with blogging all the good news.

I was in invited The Winter Meeting on Statistical Mechanics in Taxco, Mexico. What a fantastic conference! I learned a lot about many different areas in Statistical Physics, got to meet many awesome researchers, and the keynote talks were in a natural amphitheater inside the Cacahuamilpa caves. Stunning! This was one of the best conferences I’ve been to.

I was also invited to give a talk at Reed College last week. This was my first time ever in Portland, Oregon, and I fell in love with the city. It felt like a mixture of Austin, Northern California and Seattle that I really liked. The academic culture at Reed is something that should be emulated everywhere: students honestly don’t care about grades, just about learning. One thing is to hear it, and another is to witness how true it is! The physics department at Reed has the most motivated and energetic physicists I’ve ever met. Wow.

Finally, the paper that I had mentioned before appeared in PRL:

Also, the PRA on assignment maps is out in the published wild.

My friend and collaborator Kavan Modi had been posting on his blog his musings about Linear Assignments Maps, Correlations and Not-Completely Positive Maps. His original posts can be found here:

This was an experiment testing the possibilities of doing Open Science in theoretical research. It helped us to publicly discuss the issues, and after some discussion face to face, and private discussions using Google Wave (and the watexy robot for equations) we posted a paper in the arXiv!

An assignment map is a mathematical operator that describes initial system-environment states for open quantum systems. We reexamine the notion of assignments, introduced by Pechukas, and show the conditions assignments can account for correlations between the system and the environment, concluding that assignment maps can be made linear at the expense of positivity or consistency is more reasonable. We study the role of other conditions, such as consistency and positivity of the map, and show the effects of relaxing these. Finally, we establish a connection between the violation of positivity of linear assignments and the no-broadcasting theorem.

Very promptly, the paper was accepted for publication on Physical Review A, and should appear in the journal in a few weeks.

I’ll comment on my experiences of this clumsy and incomplete Open Science and remote collaboration attempt soon, hoping that the Open Science community will give me ideas of how to streamline this process.

—
When a reporter asked Asher [Asher Peres] if quantum teleportation could teleport the soul as well as the body, Asher answered, characteristically, “No, not the body, just the soul.”